The origin of Bridge City Comics 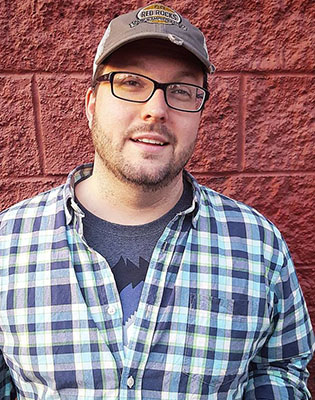 “Spreading my love for comics, helping people find a new passion, re-igniting in people their love for the medium and introducing people to comics has become that thing in my life that will carry me until I'm old and gray.”
~ Michael Ring, owner and founder of Bridge City Comics

“You could say that Bridge City Comics started back in the early 1980s,” says shop owner Michael Ring. “I was young, six or seven years old, when my brother let me read his Teen Titans and Legion of Super-Heroes comics. Marv Wolfman's well-written and mature scripts, coupled with George Perez's stunning pencils, showed me that comics were nothing like the Richie Rich and Archie comics I'd grown up with to that point.”


Michael grew up reading and loving comics, a passion that grew over the years until it turned from a hobby into a full-fledged comics retail business in 2005. But the story is one many comics readers are familiar with, one that he likens to “a beautiful, interwoven tapestry” of the way life leads you to your purpose. After falling in love with the city during a brief visit, Michael uprooted and drove cross-country from his hometown in Michigan to move to Portland, Oregon. Before long he happened upon a classified ad that led him to his first job in the comics industry, working in the marketing department for Dark Horse Comics. Of his seven years working at Dark Horse, Michael says, “It was like one big family. It was one big, four-color whirlwind that will be permanently imprinted on my heart and mind.”

Nonetheless, he continued to strive for more, looking toward the future and wanting to care for his family. Thus it was that Bridge City Comics was born. Not just a job at a company, but something one can build their future around! Technically, Bridge City Comics started on April 1, 2005 in the Mississippi neighborhood of North Portland. But it was born a long time ago.

COMICS FOR THE PEOPLE!