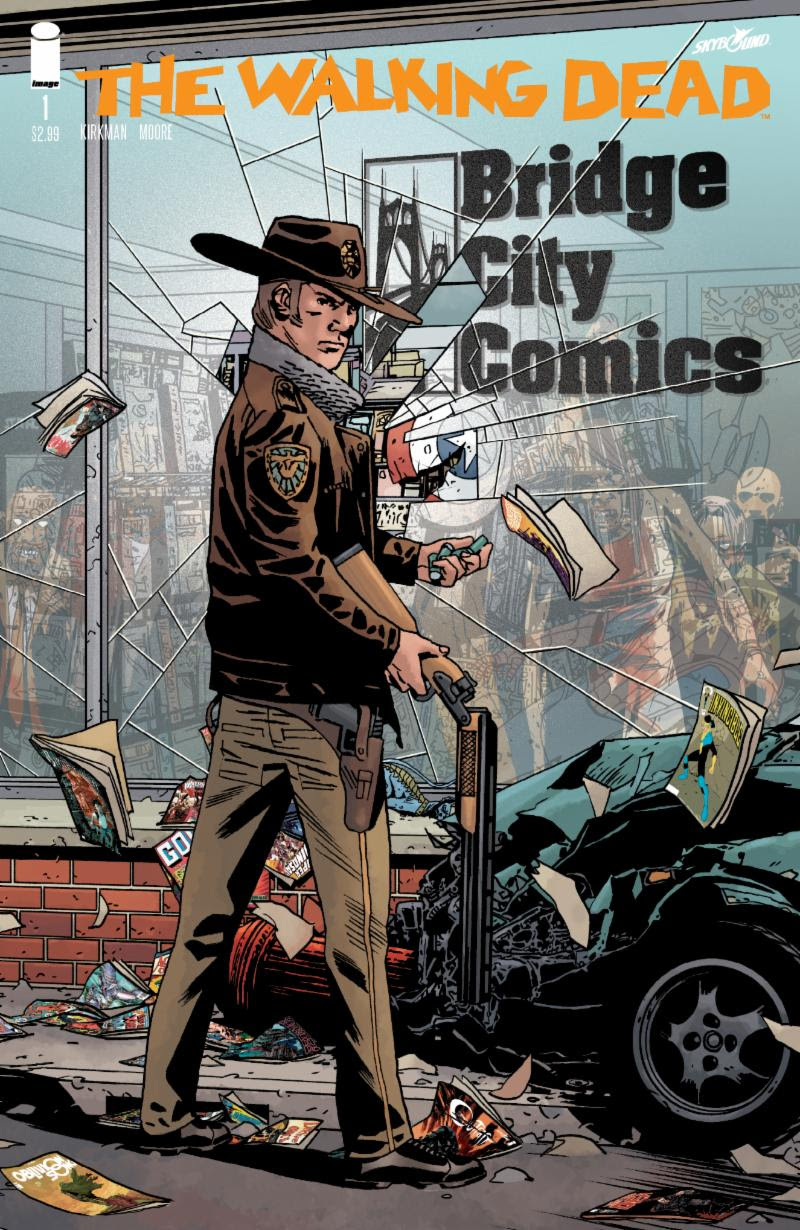 We’ll have copies of our exclusive Bridge City Comics store logo variant of THE WALKING DEAD #1 15th ANNIVERSARY VARIANT ($4.99 each), which for the first time boasts cover artwork by interior artist Charlie Adlard, with colors by Dave Stewart. We will also be stocking the limited Walking Dead Blind Bag variants ($3.99 each)… and we’ll have all of our Walking Dead TPBs, hardcovers, and compendiums on sale for 20% off all day! In addition, all in-stock Walking Dead back issues from #150 and earlier will be $2 each (limit 3 per issue)!

*Variants are limited in quantity so make sure to get here early! When they’re gone, they’re gone! 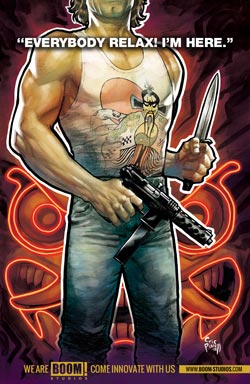 Bridge City Comics is proud to announce our Big Trouble in Little China Screening and Signing with Eric Powell and Brian Churilla on Sunday, June 15, 2014 at the Hollywood Theater! A screening of the 1986 film will begin at 7 pm, and will be followed by a comic book signing in the Hollywood Theatre's lobby.

Eric Powell (writer) and Brian Churilla (artist) will be signing copies of Big Trouble in Little China #1in the lobby after the movie. Copies of the comic book will be on sale ($4) at the theater during the showing, as well as a limited print featuring Eric's Big Trouble artwork ($10).

Sketches will be at the discretion of the guests.

Tickets for the movie will be available at the Hollywood Theater and through their website. Bridge City Comics is offering a special, limited ticket package featuring a ticket to the movie, a copy of the comic book and the limited print for $20.

About Big Trouble in Little China #1:
BIG TROUBLE IN LITTLE CHINA is one of our favorite cult-classic films because it mashed together '80s action and supernatural fantasy movies with '70s kung-fu flicks. This is the first time any new BIG TROUBLE stories have been told, and we have the film's original directer, John Carpenter, working with Eric Powell (THE GOON) on the story. You can't beat that! Jack Burton, a macho, truck-driving adventurer, finds a stowaway hiding on his rig, "The Pork Chop Express", but that soon becomes the least of his troubles. He helped his best friend Wang save his fiancee from the clutches of a demon, but now the wedding has been invaded by more evil forces with one thing on their minds -- revenge against Jack Burton!

The package costs $20 and includes:
1 ticket to the screening (an $8 value)
1 copy of the Big Trouble in Little China #1 comic book (a $4 value)
1 limited edition 11"x17" print created especially for this event, featuring Eric Powell's artwork (a $10 value).

Regular tickets may be purchased at the Hollywood Theater box office or through their website: 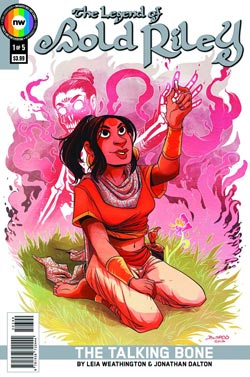 Bridge City Comics is proud to announce our Legend of Bold Riley #1: The Talking Bone Release Party with Leia Weathington on Friday, May 30, 2014 from 6pm - 9pm! This event is free to the public.

Refreshments will be served free of charge. Sketches will be at the discretion of the artist.

About Bold Riley #1: The Talking Bone:
Bold Riley - who has set out to find adventure in the lands beyond her home of Prakkalore - comes across a fragment of bone that shares a tale of lost love. Riley tries to reunite the lost spirit with its beloved, but soon discovers that all is not as it seems.

Join Merrick and professional makeup artist Jamie for the launch of geek-inspired Espionage Cosmetics at Bridge City Comics! Bring your curiosity and love of colour, we'll provide the makeup and champagne! Grab a glass of bubbly and learn about this wonderfully versatile line of cosmetics with colours inspired by every aspect of geek culture... from comic books to video games to a certain beloved space western. Espionage is one of Merrick's favourite brands, and she wears it almost daily! Add hair tinseling services provided by miss Sera Fae to this fabulous mix, and we're ALL in for a treat of an evening!

In addition to being a professional makeup artist that works on movies, commercials, web series, and fashion shoots, Jaimie is also the artistic director and CEO of Espionage Cosmetics. Lucky us, Jaimie is bringing her massive movie makeup kit for LIVE DEMOS! Yes, it's your chance to have a professional makeup artist do your makeup! Jaimie will pick a few willing audience members to showcase how the products can be used on eyes, cheeks, or lips; she'll also try to answer any makeup questions you have to throw at her. There will be Espionage minions on hand to help with testing and learning about the line of cosmetics throughout the evening.

Plus, because we can't resist her charms, Sera Fae will be providing her fantastic hair tinseling services as well. Get threads of metallic and prismatic colour woven into your hair for $2 a strand or 3 strands for $5. Hair tinsel is great because you can wash it, heat style it, and even dye over it, and the threads will last for months... it's a little extra sparkle in your life that's hard to resist!

Instead of the beer we usually have on hand for signings and release parties, Bridge City Comics will be providing champagne for attendees that are over 21. We'll try to have a few tasty nibbles too, but anyone so inclined is welcome to bring your own home-made treats to share!

This may be a makeup-oriented event, but that doesn't mean it's ladies only. Everyone is welcome to come down to the shop to learn about Espionage Cosmetics' products and business, and enjoy a night of fabulous company!

Espionage Cosmetics is a locally developed makeup company formulated, packaged, and creatively marketed out of Tacoma, WA, with colors created by a professional make-up artist and United States Marine. Their products are a talc-free, highly pigmented, EVERYTHING shadow, with vegan and non-vegan options, and they've gone global. The Espionage Cosmetics tagline is "Awesome is a colour, and we wear it every day."

Bridge City Comics in Portland, OR is one of thousands of comic book shops around the world celebrating the comic book art form on Saturday, May 4. On Free Comic Book Day, close to 2 million comic books will be given away by participating stores, introducing as many people as possible to the wonders of comic books!

Close to 2 million comic books will be given away by participating stores, and visitors will find the traditional super-heroes, crime fighters and much more. "The wide array of comic books being published today ensures that readers of all ages - children, teens, and adults - can find something appropriate that will stir their imaginations," said Michael Ring, owner of Bridge City Comics. "Come by on May 4th and let us show you what's out there!"